My CAR being BROKE IN

Tuesday. Is really my unlucky day... Every moment of waiting, suddenly had gone..

Now I had learn a LESSON...


"Prefer paying money for the parking,
Also DON'T park in the HOUSING AREA..."

Around 2pm, I arrive my college.. Due to wanna save money, I decided to park at the Housing Area near the college.. There is a walking distance about 5 mins..

So.. After the (bored) class, is about 6pm.. As I'm not rushing back home, I asked my friends which live nearby my house do they want me to fetch them home.. They wanted.. So, we walked to my car together.. Before reaching my car, there is 2 guys foreigner suddenly came to ask us about accommodation around that area due to they wanna work at one of the office building around there.. We suggested some of the accommodation which had transportation to come here..

After that, we reach my car.. I was feeling weird as why there isn't alarm beeping?? Suddenly, I saw my door lock was so weird.. The back door is lock.. But the front door (both) is open.. (Actually 3 of us saw different things..)

Jenny: Feeling weird as she saw one of my lecturer notes was on the grass.. (That means it fell out without notice by the thief...)

Siew Ching: Feeling weird why is the dash box open.. (This was denied by me as I thought I had forget to close it before I leave the car..)

Me: The door and the Cash box was being pulled out..

Then after that, ONLY we came out with a conclusion.. MY CAR HAD BEEN BROKE IN... = =

Beside of finding out the cash in the box + my one card had gone, we also found out that my RADIO is gone too.. 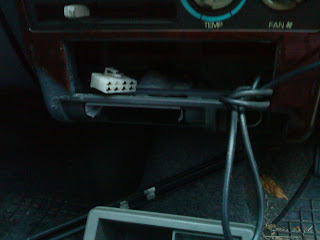 After find out the radio is gone.. My friend and me walked around the car and see what had been gone.. Then we realise that the front cover had been open before.. Due to we girls don't really know about the car's stuff.. We thought this few area had problem...↓ 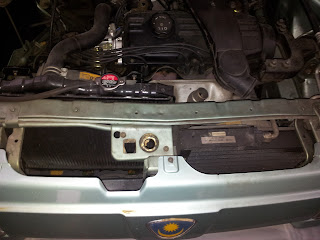 I thought the fan should be pair..
And lost one..

But the car troller said..
There is only one.. 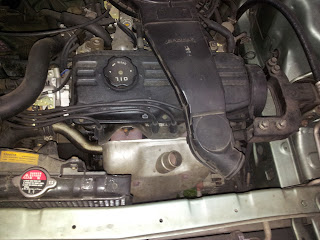 We thought there should be a pipe connected them all.. 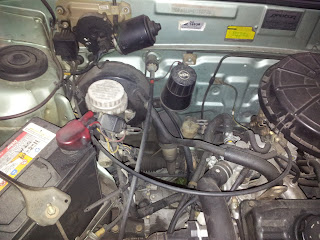 We feel that here got some parts which is gone..
As it is too loose at there..

In the end..
He said again..
Nothing wrong..

The car troller just said that they had pulled of the alarm wire from the battery as to shut down the alarm from beeping.. 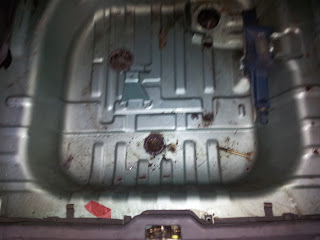 This all incident make us back home at 8pm.. We had our dinner at Subway when waiting for the car troller which he do not know the road.. (I forget to use up my VOUCHER~~~~!!!!)

I still able to drive back.. But due to worries.. My mom ask me to put my car at the service place.. Which lead me the next day had a little problem on the transportation of going KL... = =
Posted by 碓氷雅 at 10:56 AM